It's been awhile since I made one of these, and although it took me longer to create this, it felt like an old blanket. Enjoy!

Infographic: Make the most of your library

Smore.com is super new, super fun and super easy!  Here's one I created in about an hour :)

Two Paths Down the Dystopian Road - Safekeeping and Legend 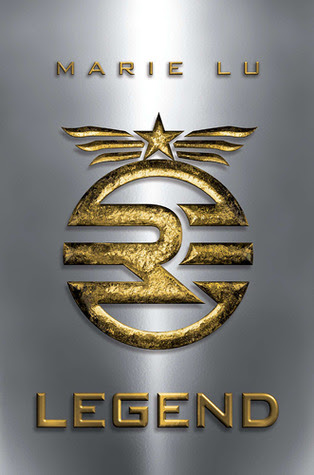 The year is 2130, and the Republic with its Elector Primo is now in control.  The citizens of the different parts of the new Los Angeles must fight against two fronts – the colonies trying to destroy the regime and the terrible sickness that decimates the poorer sectors of this new nation.

June doesn’t know about this struggle.  She and her brother Matias live in a high rise, literally above all the chaos the Republic tries to hide.  She and Matias are some of the precious few to receive the vaccinations to ensure their health.  Although her parents died when she was little, Matias takes more than excellent care of her.  In fact, June is the only one to go through the Trial with a perfect score, leading her into the ranks of those loyal to the Republic.

Day lives a life of theft, deceit and invisibility.  Lurking in the shadows of the poor sectors, he sees the lack of food and healthcare take the population into despair.  The only way he knows how to alter the situation is to fight against the Republic and steal what should be shared with all citizens – the vaccinations needed against this new outbreak.  The Republic knows about him, but his elusiveness has created a shadow figure for them.  They know he’s there, but not what he looks like, where he lives, or how he manages to do the things he does.

June and Day’s lives will emerge one fateful night that will send them both on a quest for revenge…
Marie Lu writes an excellent dystopia novels that fans of this genre will fly through.  Her characters are colorful and jump out of the page, but it’s the future of the world as we knew it that permeates the reader’s emotional response.  Told in two voices, the reader gets to intimately know both sides of society as well as be privy to each character’s thoughts and personal lives.  If you have readers who clamor for more dystopia titles, hand them this one.... 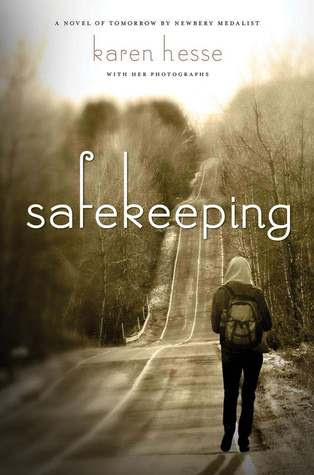 Radley remembers her parents dropping her off at the airport so she help with relief work for the children of Haiti.  It’s a passion of hers and has decidedly changed her life, but not as much as when she returns back to the United States.

Upon arrival, she knows something is wrong.  First of all her parents are nowhere to be found.  Secondly, the way the soldiers treat her after she lands is beyond the typical TSA thing most passengers coming back from overseas deal with.  There’s a sense of urgency, danger.  Radley returns to a different United States than when she left.

The American’s People’s Party has taken over the country.  With the assassination of the President, the United States is left in turmoil with a renegade government trying to take control through force.  Radley realizes this right away.  Now there are curfews, bank accounts are drained, people are missing, and travel restrictions are tight.  There are also APPs everywhere, catching those that break the rules and beating them.

All Radley wants is to go home and find her parents.  But her path leads to even more devastation, both emotional and physical.  Everyone is desperate, and personal survival above others is dominant.  Little food, roaming soldiers, broken homes.  Radley has heard Canada is a place of safekeeping, so that is where she begins her trek…and also where she encounters people and places that will change her life.

Karen Hesse is a beautiful writer and this is more than apparent in this YA dystopia novel.  Her words blend with the personal photographs she uses that are scattered throughout the book.  This book is also unique in its genre.  Hesse centers her book around the journey and how the main character changes emotionally through it from the people she meets and the places she stays.  While other dystopian books have a flair of action-packed situations with daring and fearless characters, Hesse’s book takes a gentle approach, looking more at the weakness of her character and how she becomes stronger.  It will take a different reader who can adjust to this change in genre to  enjoy this pictorial novel with a nearly poetic flair.
at 10:08 AM No comments:

Collaboration can create amazing things.  You can share, contribute, throw out ideas and brainstorm.  There can be nothing better than working with colleagues that could be miles away or just down the road.

So, when I was thinking of a display, this collaborative list of titles came into play.  There are at least six displays in the library and on the door, each book cover has been printed in color with "I FEEL LIKE" centered in the middle.  Did this to the coffee shop windows attached to the library as well :)

And a well-deserved kudos to my library assistant who helped me with this display and all the other ones as well :) 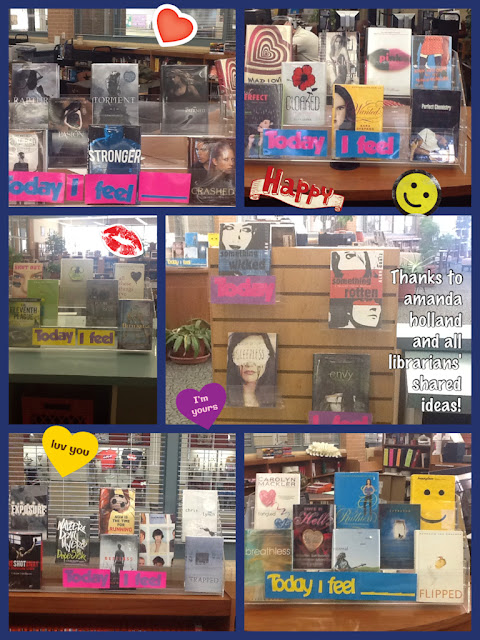 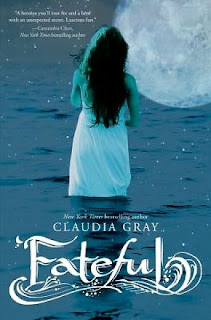 Tess knows she wants more out of life, but also knows there's a slim chance that will ever happen.  So she's  content for now with her position at Moorcliffe as an attendant to Irene, the only daughter of the wealthy Lisle family.  But one errand will open the door to another life, one more dark and sinister than Tess could have imagined.

Trying to get back to the manor as quickly as she can, Tess realizes something is following her, but the intervention of a handsome stranger creates a barrier that saves her.  When she turned around, she saw the feral eyes of a large black wolf, ready to hunt....

For days afterward, all Tess can think about is the handsome stranger who saved her life.  His cryptic warnings of danger cannot overcome the thoughts that lurk in Tess's mind.  But the drudgery of her job working for the terrible Lady Regina dispels those thoughts....until Tess realizes she'll be part of the Lisle family going to America.

Tess's excitement at the prospect of traveling by ship to America is full of promise, as well as the hope she can escape her servanthood and find herself in a new country.  The excitement grows even more when she also spots the handsome Alec, who saved her that fateful night.  But there is another sinister, dark man also watching her every move....

And so everyone prepares to board the Titanic one very fateful day.

I picked this book up from a recommendation of a student, who loved this book.  So I set aside the analytical librarian book reviewer part of it and ready it like a teen girl.  Then I understood why she loved it so much.
The characters Gray creates are vibrant, but more than that, the relationships, both troubling and romantic, draws the reader in.  What a genius idea of pairing supernatural beings like werewolves with a historic disaster like the Titanic.  It's a supernatural historical fiction plot I've never heard of. And that's what the hook is....The reader is left with the question of who survives and who dies.  Teens who enjoy supernatural romance will eat this book up and would be a nice addition among all the vampires, ghosts, angels and ghouls.

What is Digital Curation and How Do I Use It?

Most of us have done it, but didn't know it.  Do you have a Pinterest account?  How about Diigo or Delicious?  Ever created a Livebinders or Scoop.it?  How about Flipboard for Facebook and Twitter?  If there's a site you've joined that allows you to store information "database style" then you have curated.  I'm beginning to see more potential in this newest virtual tool, not only to collect and arrange online data, but also using the search bar to find more information as well as interact with colleagues online and see what their curation is that I can benefit from.
Today I started Scooping and I'm loving it!  I have two that I'm curating right now.  (interestingly enough, two days ago I realized I already had an account, but never used it!)  I also created a Pearltrees account about 6 months ago, but now I think I understand the concept more....
And what created this spark?  Seeing these ScoopIt links on Twitter from colleagues, which prompted to me start playing and learning it.  I've definitely scooped me some curating love!


Here are some links to information about curation and how it's used in education:

A Straightfoward Guide to using Pinterest in Education:
http://edudemic.com/2012/12/a-straightforward-guide-to-using-pinterest-in-education/