A Bevy of YA Books!

Along with other things this summer, I have been reading and what I want even more is to write a full review for each one, but I read more than I can chew.  So, this time, I'm giving my "booktalk" version, two books at a time...quick, simple and hopefully addictive.  So here goes: 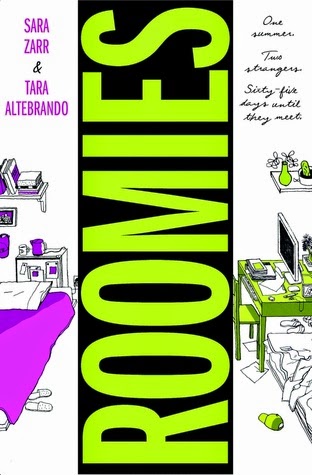 Elizabeth lives on the East Coast and can't wait to get away from her annoying mother and loser boyfriend (who just broke up with her).  As an only child, she's ready for an adventure!
Lauren lives on the West Coast and can't wait to get away either.  She wants to escape the stress and noise of a houseful of brothers and sisters and find peace and calm.  She's never had a boyfriend, but little does she know romance is blossoming.
Elizabeth and Lauren will be roomies and their email exchange begins.  But as people say, you can't read emotions in text, you can only assume, which is what happens to these two girls.  Miles apart and out of context, they aren't sure if they're the perfect roomies or frenemies.  Their lives are so different, and while each girl peels away the layers, they sometimes find something they don't exactly agree on.
And when they finally arrive on campus...
What a great story about two teens' lives after high school!  They're in that transition period between high school graduation and college move-in day, and Sara Zarr captures those emotions perfectly!  The two voices blend together but are distinctly different not only in life, but in emails, which makes this novel not only endearing, but hitting that unknown so many teens are facing this summer.  Little Brown, 2013 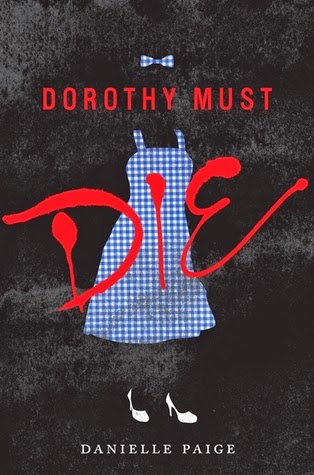 Amy Gumm doesn't have many friends.  Living in the state of Kansas in a trailer park, she navigates through high school as best as she can, which includes taking care of herself when her mother's on a bender.  But that's all about to change...
A tornado blows into town and Amy's trailer is lifted out of Kansas and plunked down in the middle of Oz.  And when Amy opens the door, she doesn't even recognize the place.  Everything looks faded and dead.  The only thing vibrant is the yellow brick road, but it's not a road anyone travels on much anymore...it's too dangerous.
Finally when finding friends, she discovers the true reason Oz is so faded and lifeless.  Dorothy's stealing as much magic as she can to feed her addiction to it.  Every life is in jeopardy, but how does Amy stop it?
With the help of the witches from almost all points on the compass, Amy goes into full-on magical battle training so she can face not only Dorothy, but the bloodthirsty lion and the mechanized and mutilated Tin Woodsmen (you'll have to read it to find out about the scarecrow.
Urban fantasy meets classic fantasy with a twist that is both imaginative and unique. Danielle Paige takes the reader further into Oz and the horror that's happened from the flying monkeys to the munchkins.  HarperCollins, 2014