10 Great YA Reads (and their sequels) for Warmer Weather

Feathered by Laura Kasischke. HarperTeen, 2008.
While on Spring Break in Cancun, Mexico, high-school seniors and best friends Anne and Michelle accept the wrong ride and Michelle is lost--seemingly forever.


The Living by Matt de la Pena.  Delacorte Press, 2013
After an earthquake destroys California and a tsunami wrecks the luxury cruise ship where he is a summer employee, high schooler Shy confronts another deadly surprise.

Second Chance Summer by Morgan Matson.  Simon & Schuster, 2012
After Taylor Edwards' family gets devastating news, they decide to spend one last summer all together at their lake house in the Pocono Mountains, they get to know each other again and bond, and Taylor remembers her past friends and crush.


The Moon and More by Sarah Dessen.  Viking, 2013
During her last summer at home before leaving for college, Emaline begins a whirlwind romance with Theo, an assistant documentary filmmaker who is in town to make a movie

Desert Crossing by Elise Broach. Henry Holt, 2006
A summer trip across the New Mexico desert turns nightmarish for fourteen-year-old Lucy, her older brother Jamie, and his best friend Kit, as they become involved in the suspicious death of a young girl.

The Summer Prince by Alaya Dawn Johnson.  Arthur Levine, 2013
In a Brazil of the distant future, June Costa falls in love with Enki, a fellow artist and rebel against the strict limits of the legendary pyramid city of Palmares Tres' matriarchal government, knowing that, like all Summer Kings before him, Enki is destined to die.

Texas Gothic by Rosemary Clement-Moore.  Delacorte Press, 2011
Seventeen-year-old Amy Goodnight has long been the one who makes her family of witches seem somewhat normal to others, but while spending a summer with her sister caring for their aunt's farm, Amy becomes the center of weirdness when she becomes tied to a powerful ghost.  Sequel: Spirit and Dust

Unbroken by Paula Morris.  Point, 2013
Returning to New Orleans for spring break, sixteen-year-old Rebecca finds herself embroiled in another murder mystery from more than a century, when she meets the ghost of a troubled boy.  Prequel: Ruined

Wicked Lovely by Melissa Marr.  HarperTeen, 2007.  (series)
Seventeen-year-old Aislinn, who has the rare ability to see fairies, is drawn against her will into a centuries-old battle by Keenan, the terrifying but alluring Summer King, who determines that she must become his queen and save summer from perishing. 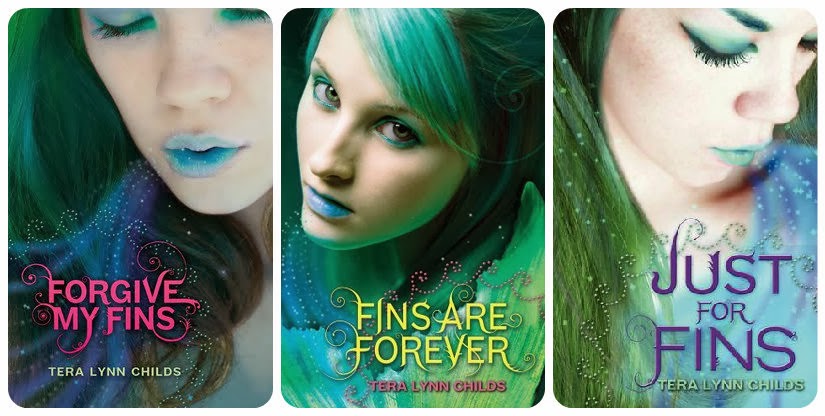 Forgive My Fins by Tera Lynn Childs.  Katherine Tegen Books, 2010. (series)
Seventeen-year-old Lily, half-mermaid and half-human, has been living on land and attending high school, where she develops a crush on a boy but is afraid to tell him of her true destiny as the ruler of the undersea kingdom of Thalassinia.

Email ThisBlogThis!Share to TwitterShare to FacebookShare to Pinterest
Labels: booklists