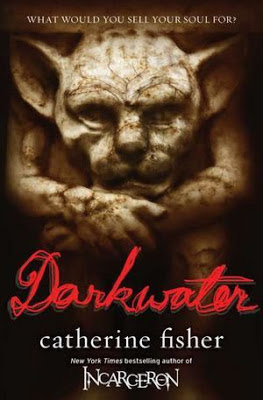 Sarah lives in a squalid home in an equally squalid village.  She is her father's only hope and earns enough for the little they have by cleaning the one-room school, ruled by a tryannical mistress.  Over the village lays Darkwater Hall in all of its somber glory.  Once owned by the Trevelyan family, it now has a new owner, Lord Azrael.

Sarah may be poor but she is proud.  A Trevelyan herself, she's heard stories of how the once powerful family lost everything, but that doesn't deter her from keeping her head up and her lineage alive.  But it kills her when she meets the new lord of Darkwater Hall for the first time.  He doesn't deserve it....it's not his.  When her situation goes into dire straits, she has nowhere else to turn to but the generous offer made by Lord Azrael to come work for him....

Fast forward over a hundred years ahead.  Tom knows his station in life but it still doesn't keep him from longing to be a part of the prestigious school that his mother works for as a maid.   His only friend is Simon, who isn't even real.  And one day, while coming home from the village, he meets a girl he's never seen before and a drifter who has a fascination for Tom.

All Tom needs is a break...someone who'll offer him a chance.  When an accidental meeting takes place between Tom and the new chemistry teacher, the offer Tom has been waiting for happens.  All he needs to do is accept this gift from the new teacher, whose name is Azrael...

Catherine Fisher takes the long-told tale of Faust and recreates it into a unique spin that only she possesses.  Not only does Fisher write about parallel lives, but fashions into it magic, family secrets, and a world within a world contained in a precious glass vase.  Because of her signature storytelling, this is a book that will delight or confound the reader, but one that continues the tradition of Faust (1806) to The Devil and Daniel Webster(1937) to today.  The characters are descriptively protrayed and the darkness or naivete of a character's personality is highlighted by the scenery and words Fisher selects.  Even the font of the book denotes a certain antiquity that plays into the whole novel.  For those readers who enjoy magic, a touch of alchemical science, historical fiction, and a rich story fabric, this is one they'll enjoy. JH-HS. 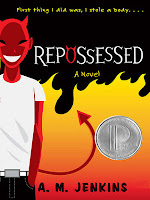 Got this recently from Junior Library Guild and haven't picked it up to read yet. That is about to change. Thanks